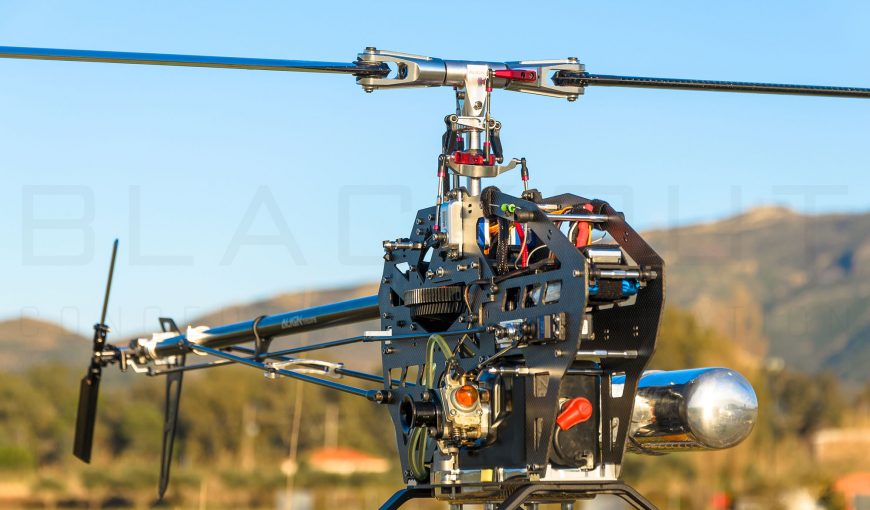 After lots of Drawings, Prototyping and Hours of Test Flights we’ve finally Made it!

The proper Characteristics for an Everyday Gasser Helicopter are :

With slotted design the gearbox section has been enhanced in Rigidity and the Gears Distance now is adjustable for Fine Tuning the Gear Mesh or using different gear ratios with no issues at all.

The clutch bell made from one piece Steal and machined by lathe with a single grip ensuring true running even at 15000 Rpm.

The Pinion Gear has 17 teeth / Mod 1MM and machined by CNC. The gear fastens in correct position with a M4 worm Screw with hex Socket like the pinions on electric motors.

The Clutch bell is secured in place with a C-clip above the first bell support Bearing and stay straight with 3 more bearings above the pinion gear. Total two Bearing blocks used.. 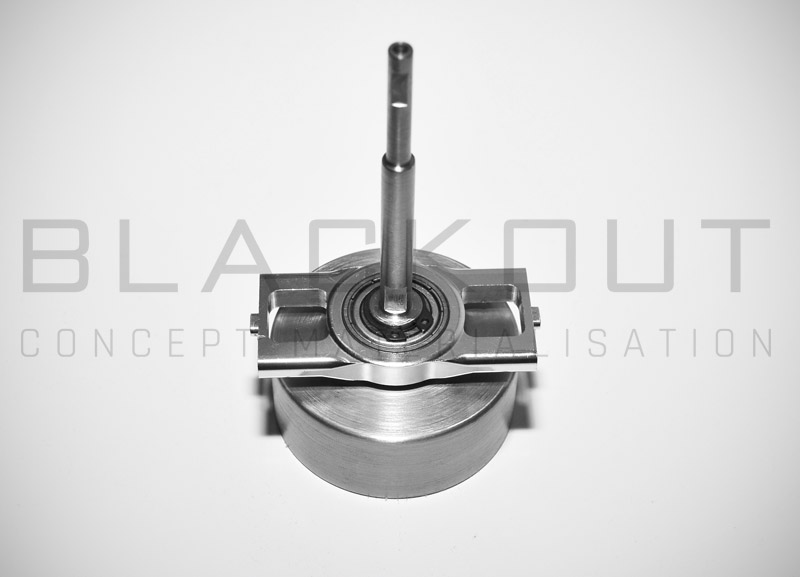 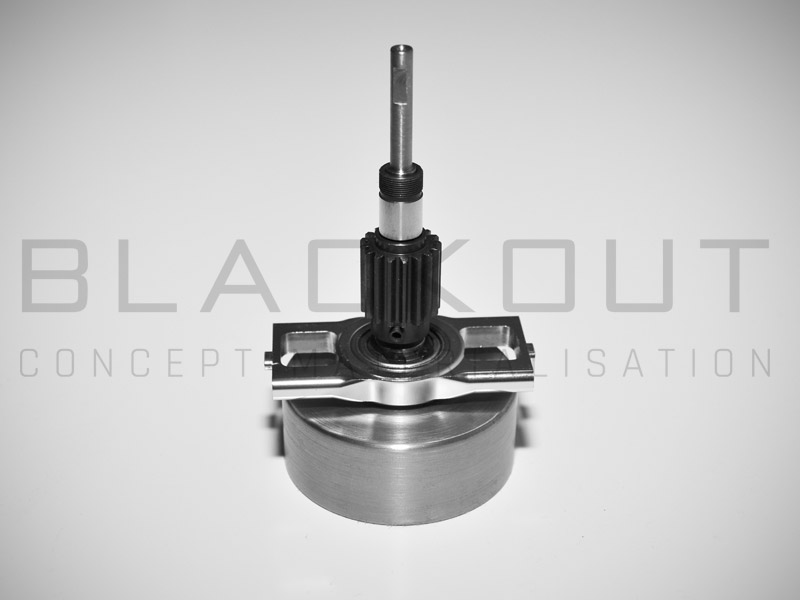 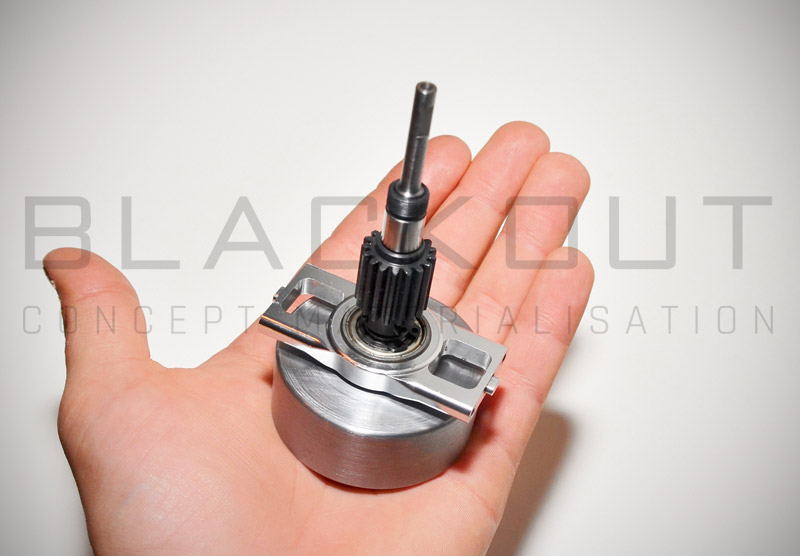 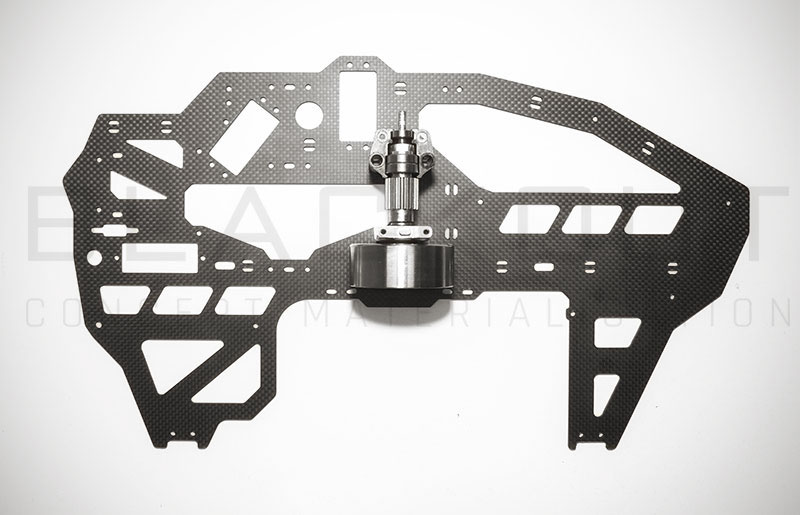 After a lot of Testing, we found that circuits like Stator Gator are too noisy and works well ONLY with Futaba GV1 Governor Unit..

We suggest do not use them on FBL Unit or other Flight Stabilization System with direct connection (without Futaba’s GV1)..

The most clear solution to enjoy Governor Function with your Gasser is the magnetic sensors.

As the mounting on a gasser helicopters with custom clutch bells is a problem, we design a nice carbon fiber mount that supports all magnetic sensors of the market and now you can have a safe Governor for your Gasser Helicopter reading the engine’s RPM direct from the engine’s flywheel magnets. 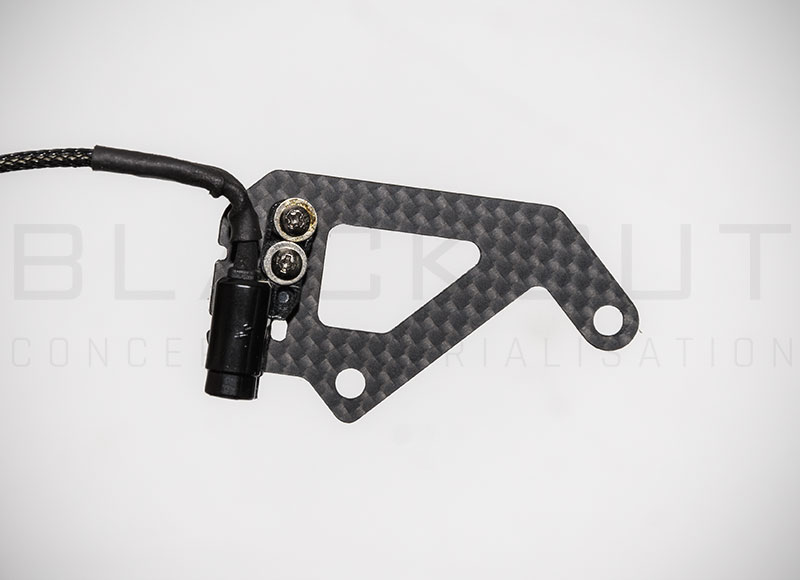 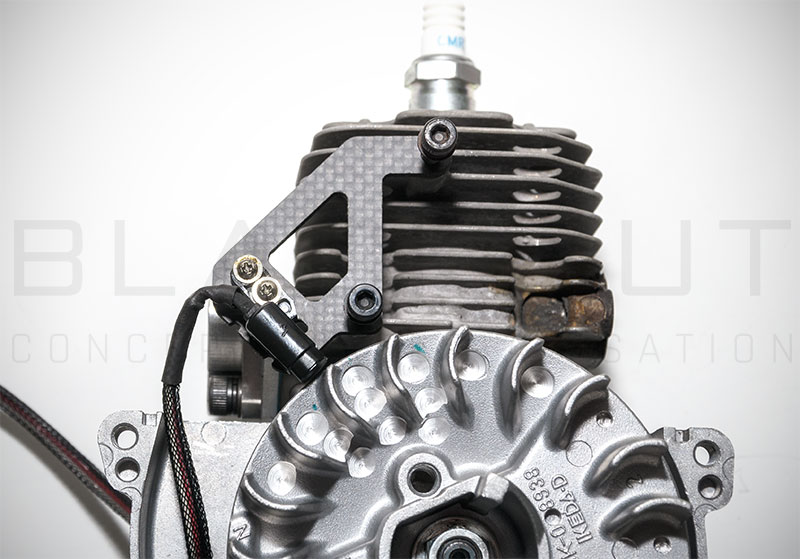 Due engine’s orientation, the hot air from the engine goes inside the canopy making the area of the electronics warmer…

With this little carbon fiber piece the hot air directed outside from the canopy and prevent the overheating of the electronics. 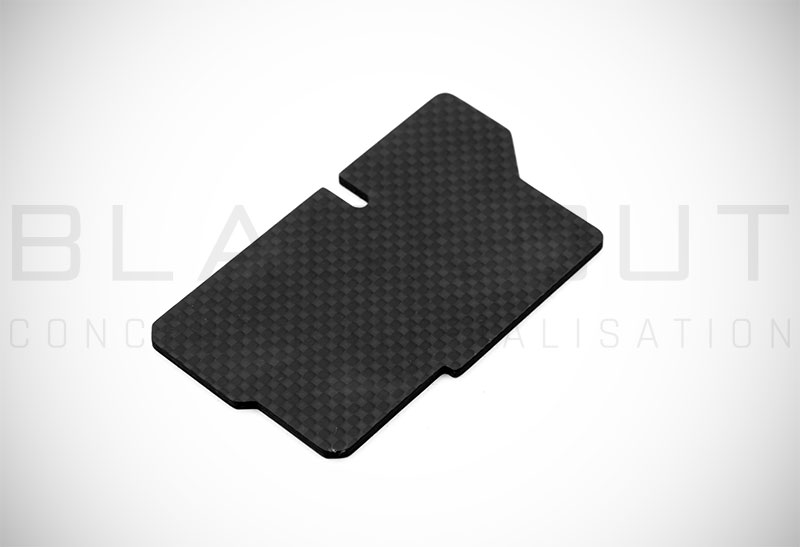 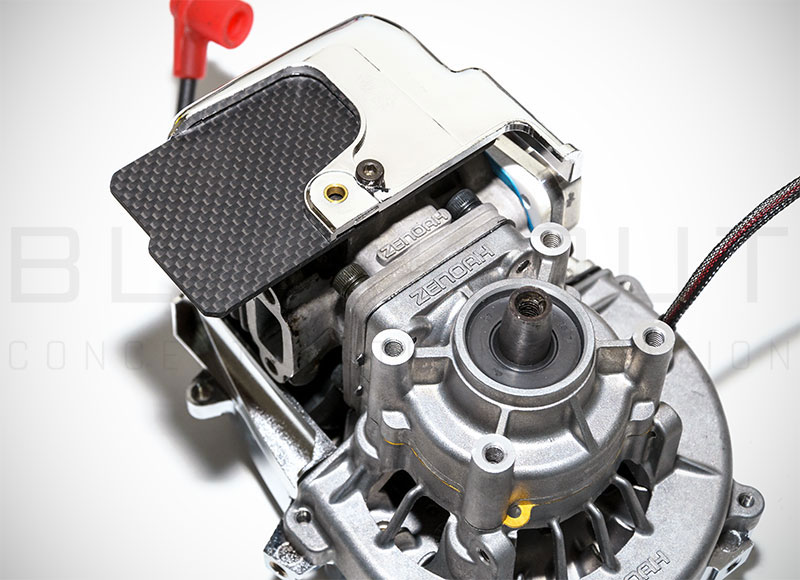 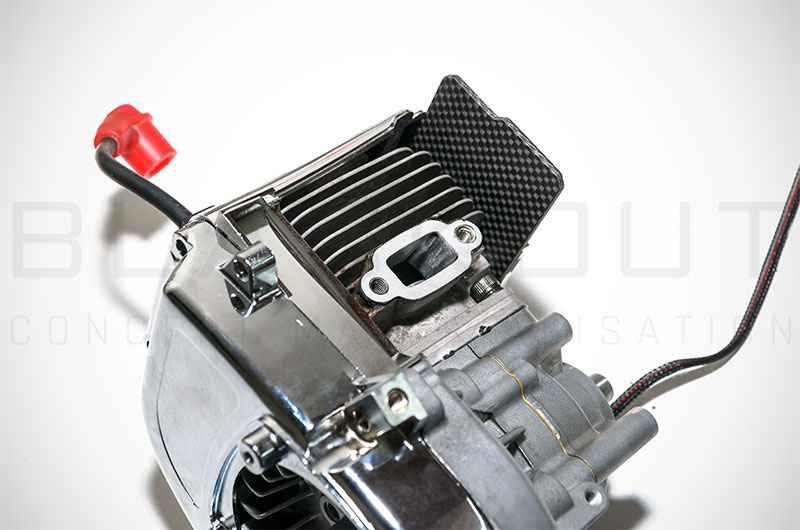 Using two extra frame mounts of Align the Master Engine Mount is ready to hold the engine in place with no flex at all.. 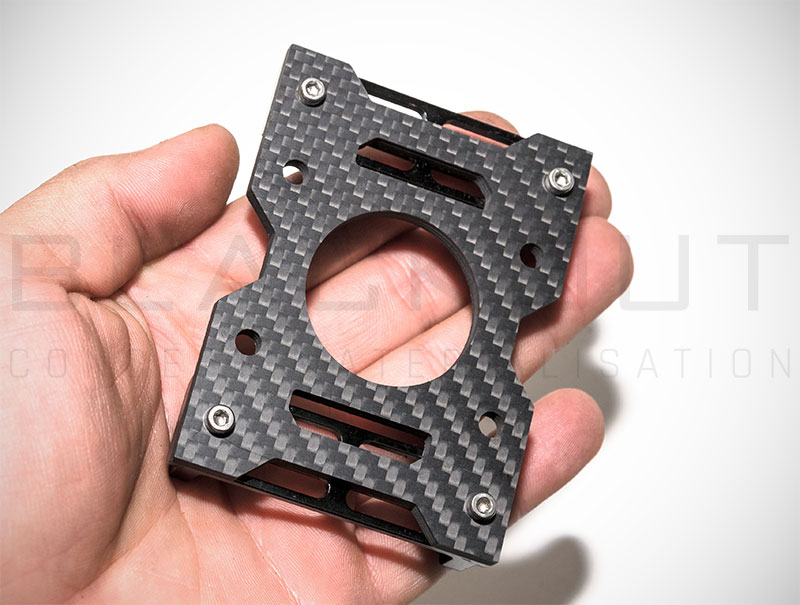 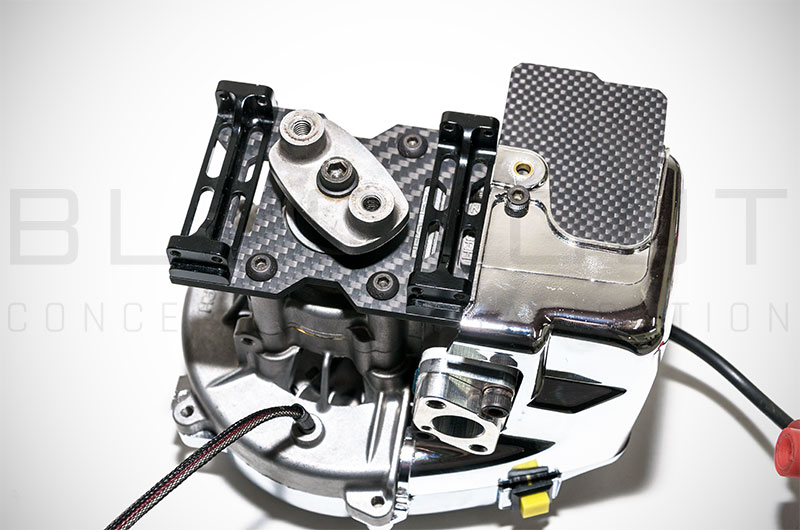 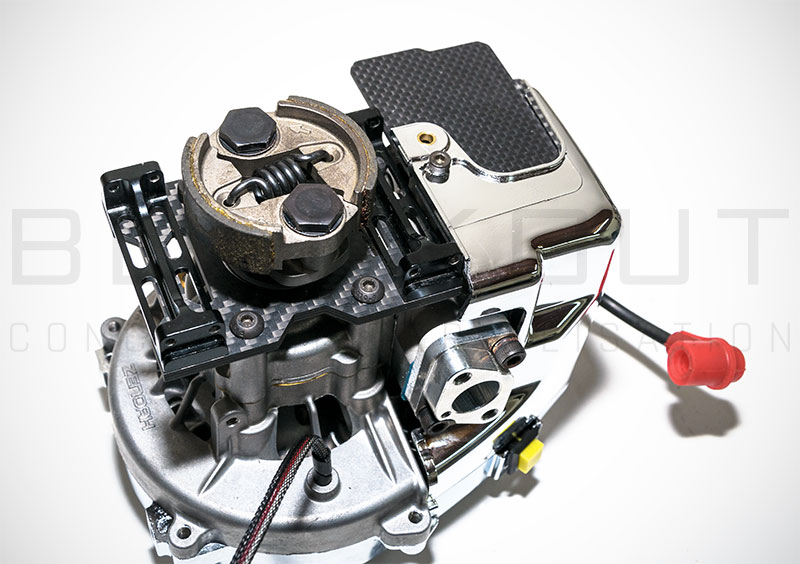 With this part we have completed the engine assembly.. 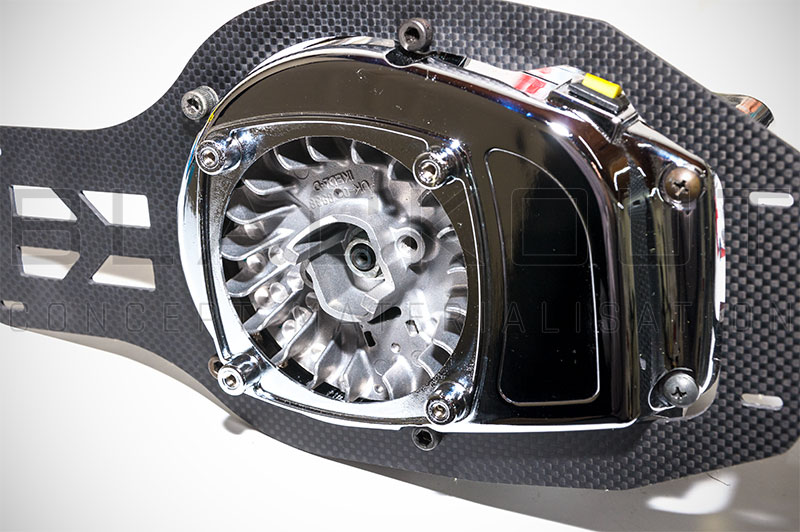 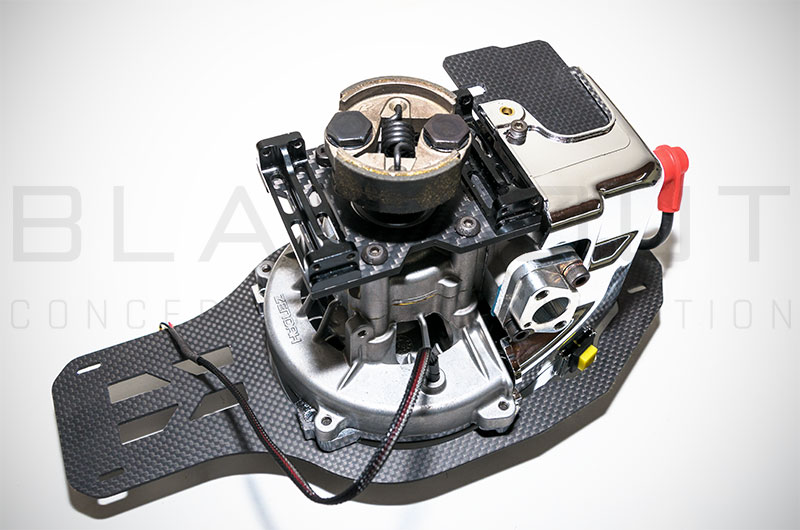 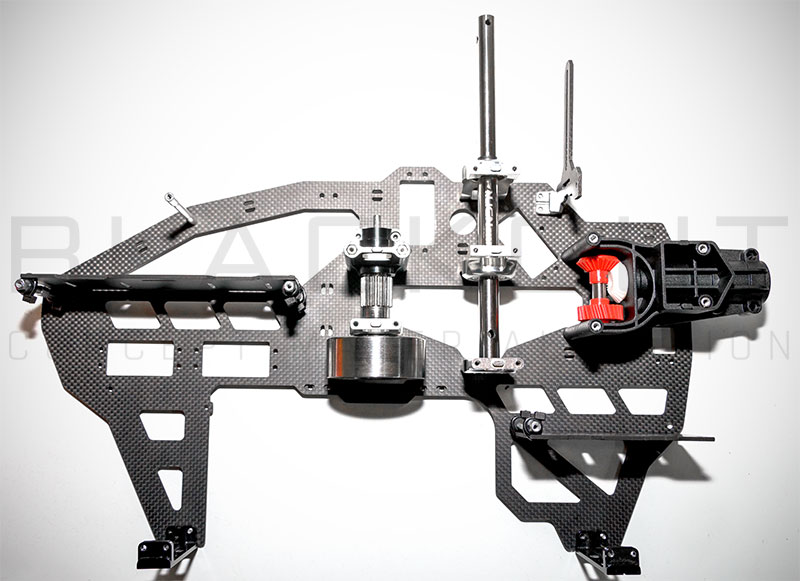 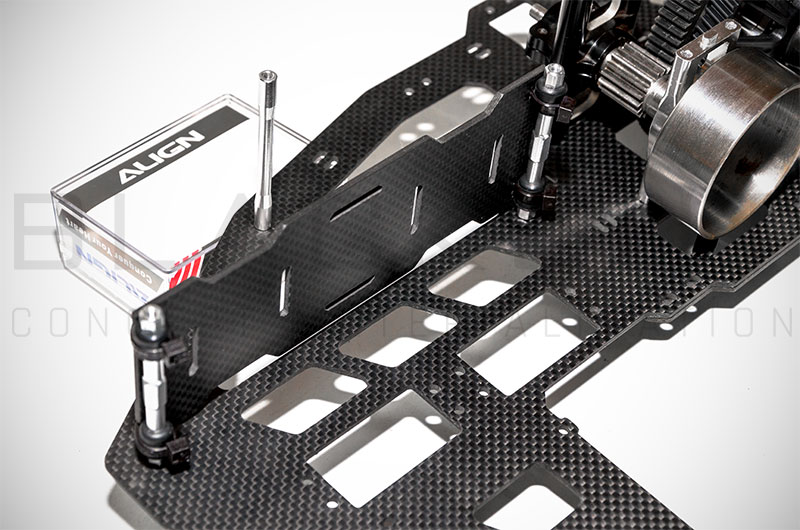 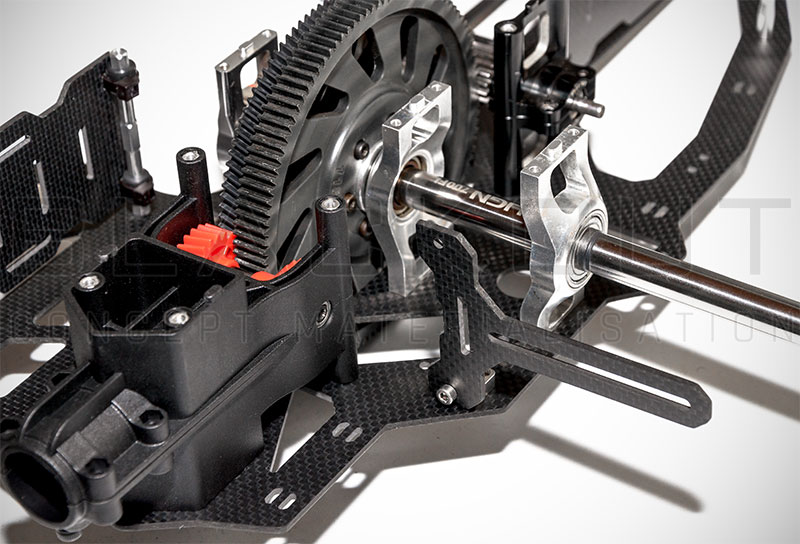 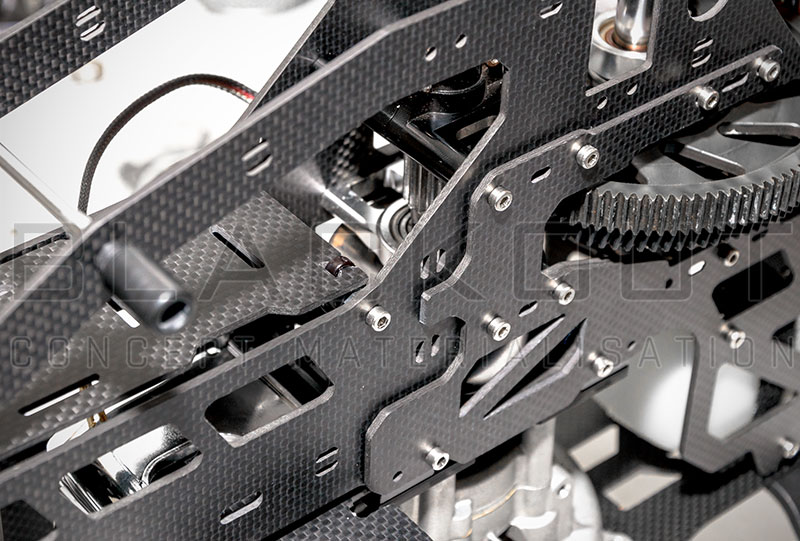 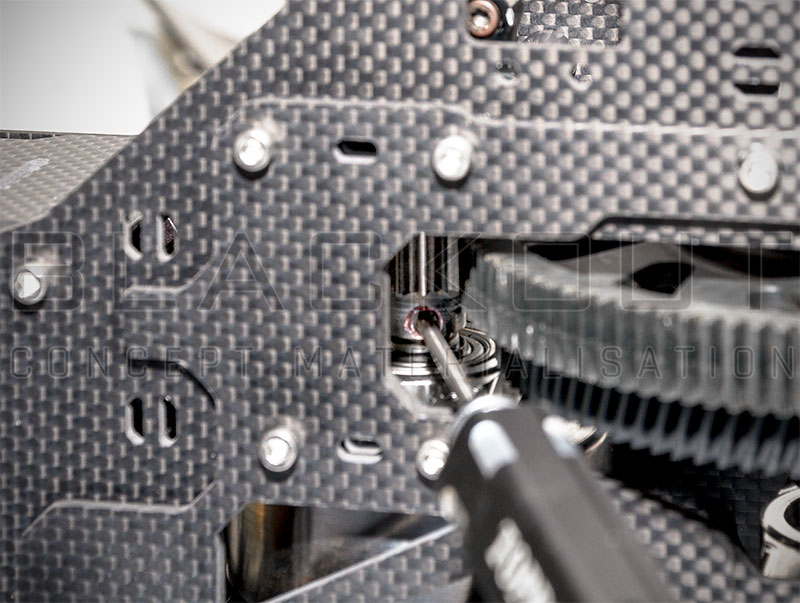 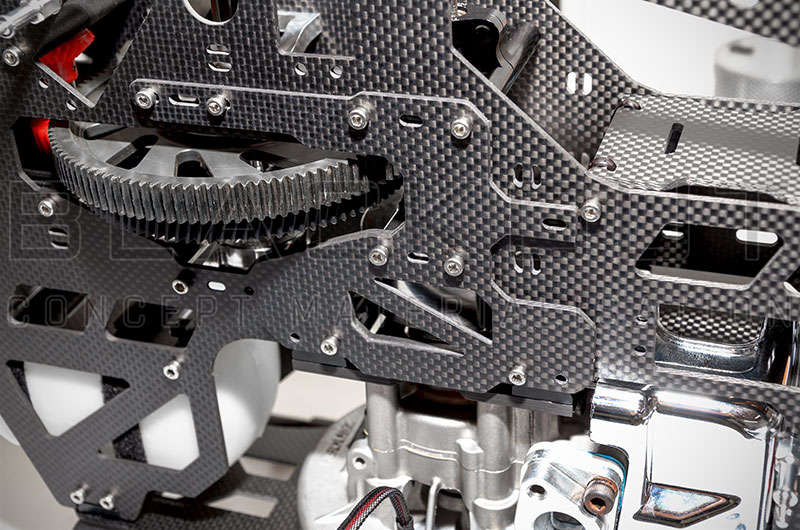 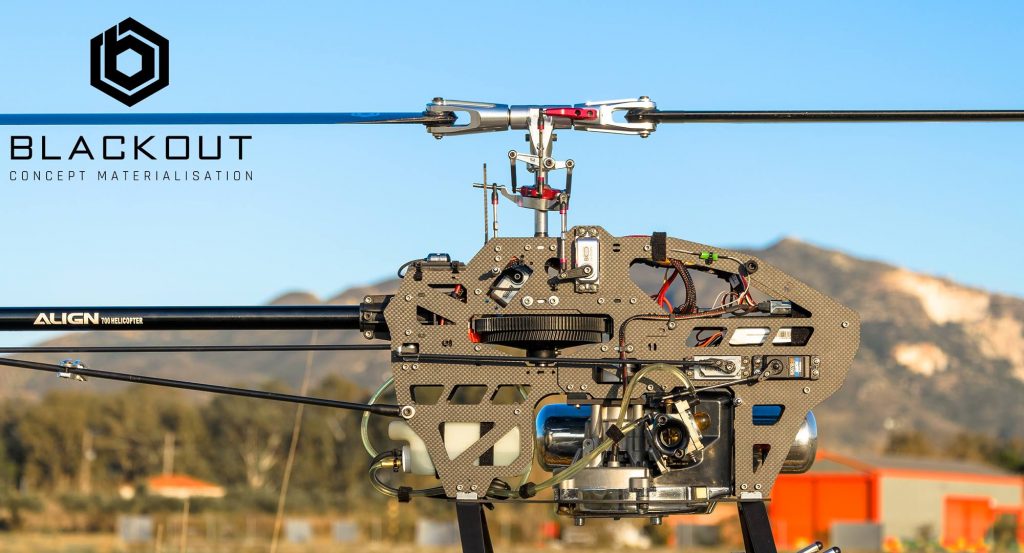 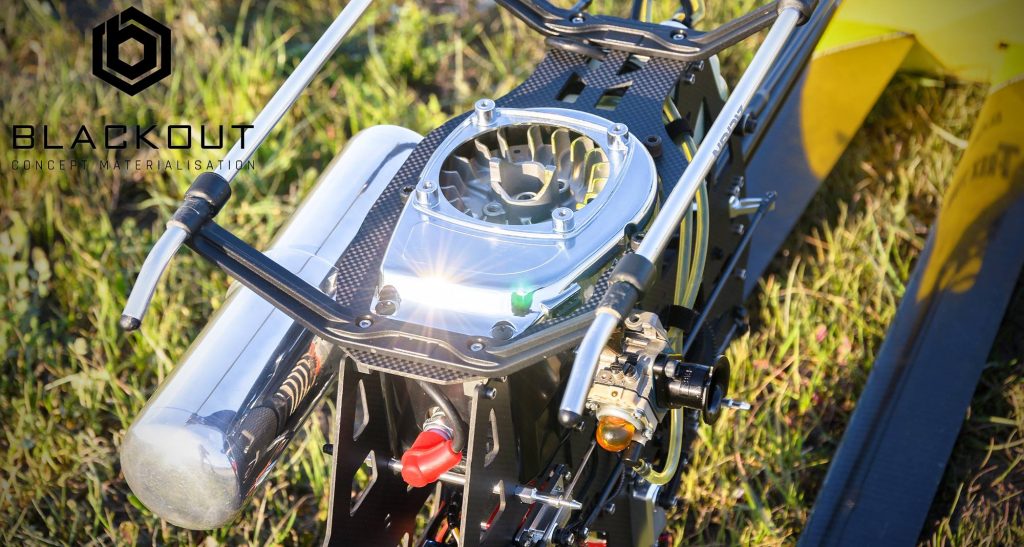 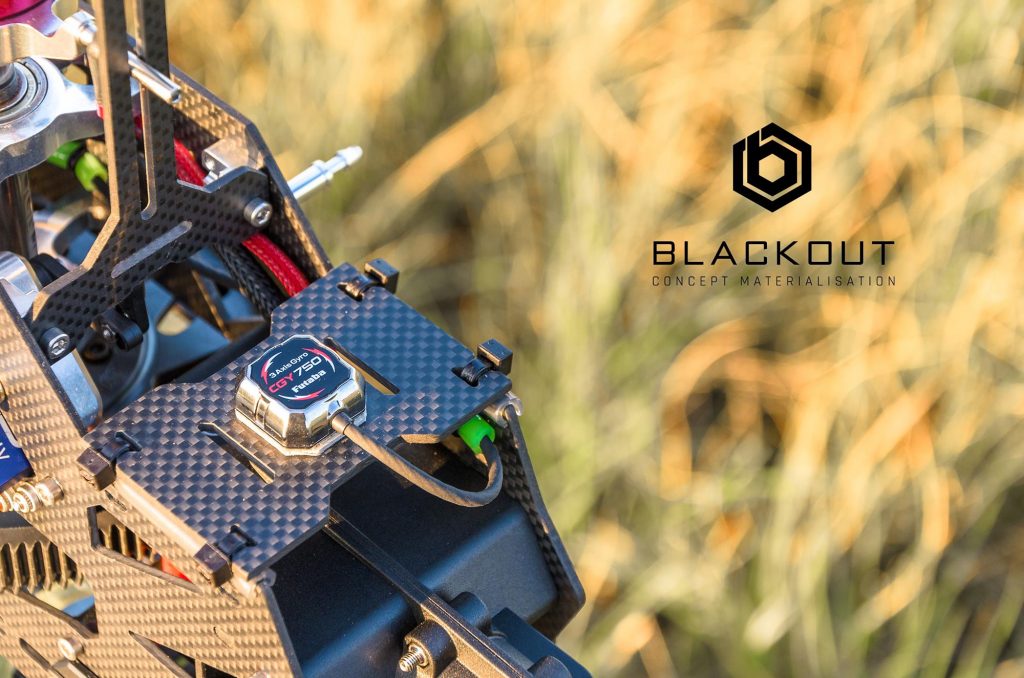 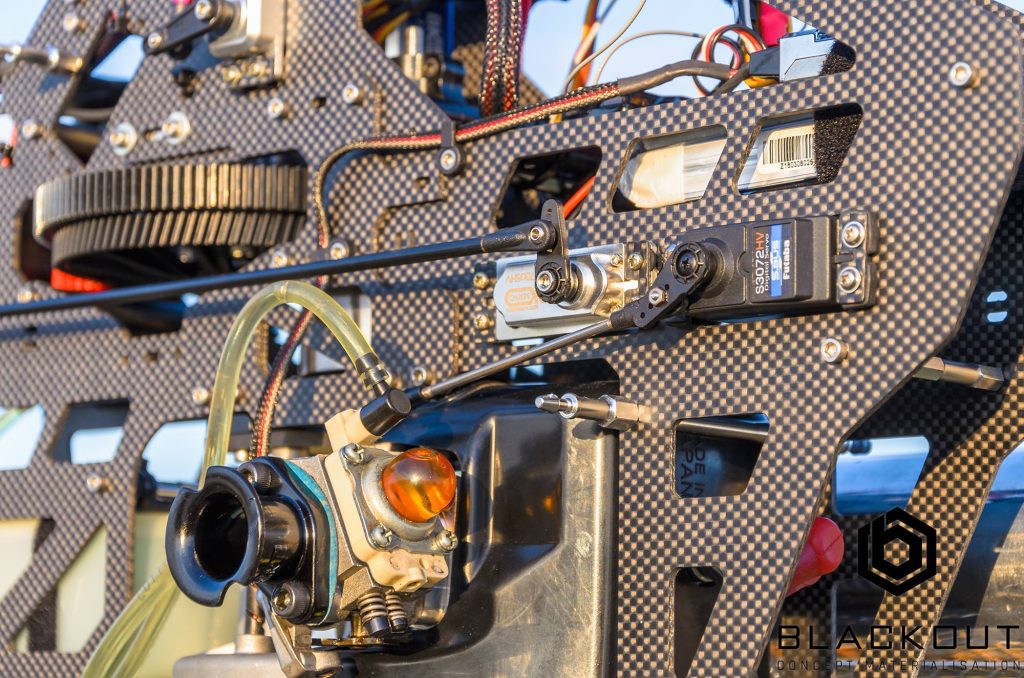 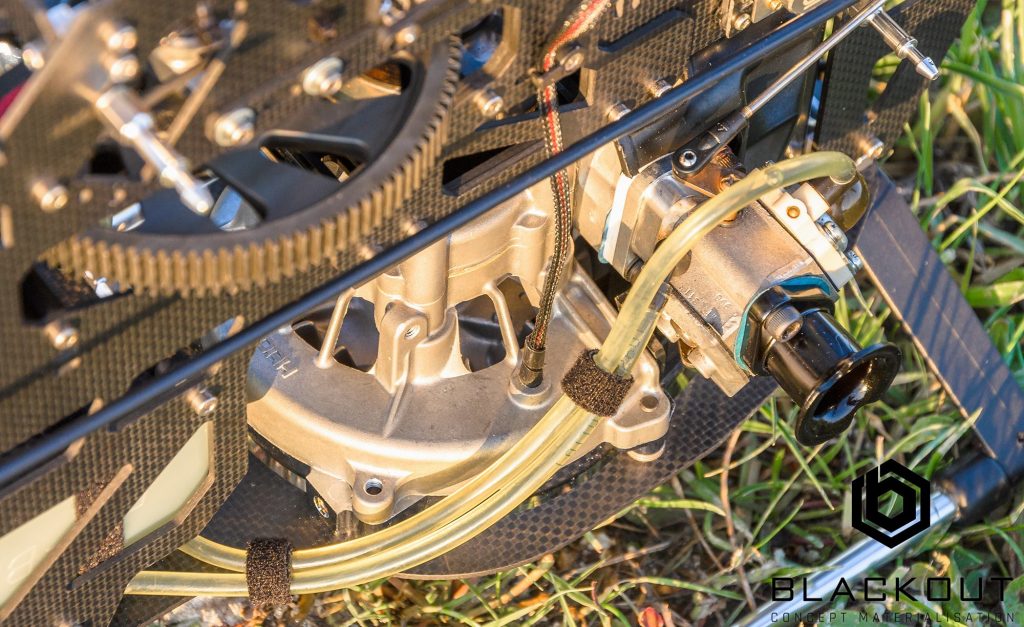 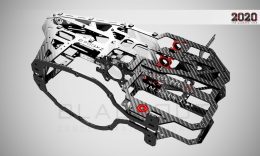 A Gasser Conversion for a few.. 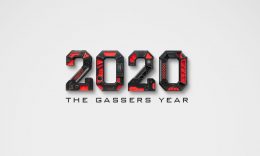 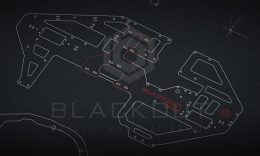